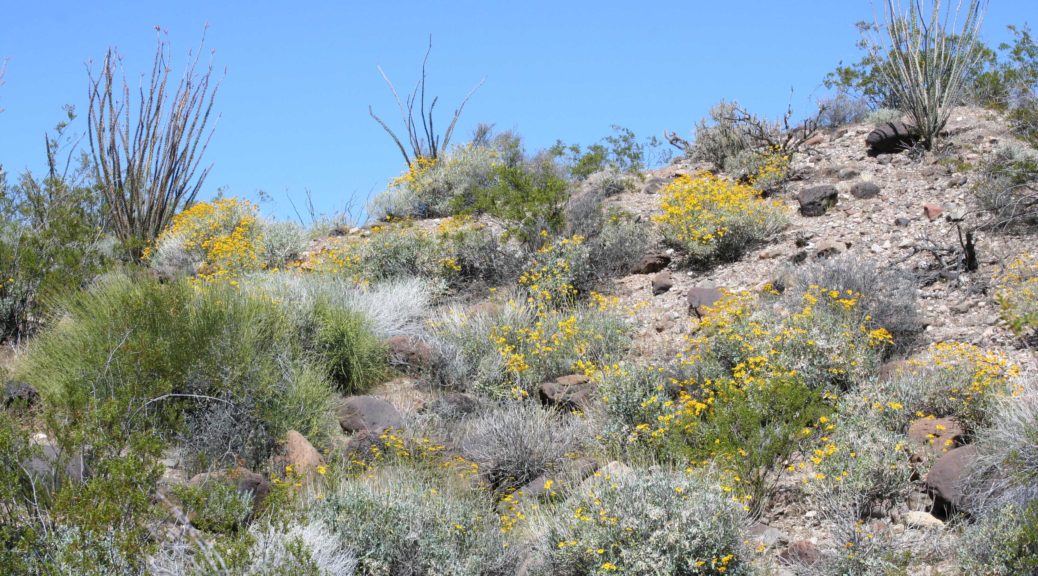 It’s been a wet year so far. Today we received a light rain. On top of the rains of January & February and the upcoming rain on Friday, we are looking at what may be a rather good wildflower season.

In a perfect year, we would receive a decent soaking at least every two weeks from September to March. In most years, this just doesn’t happen, and this year was no exception.

We did get some decent rains in October, but November and most of December were devoid of any rain. There’s still hope though, and the relatively moist run that we’ve so far this season will really help this year. (At least one can dream.)

In 2005, we had a particularly wet year. The groundwater was so abundant that water ran across Alamo Rd. in spots for months. There were “seasonal” streams that had been dry for years that suddenly became babbling brooks. It was a verdant green time, and the desert was simply splendid.

Will 2019 be another stunner? Time will tell