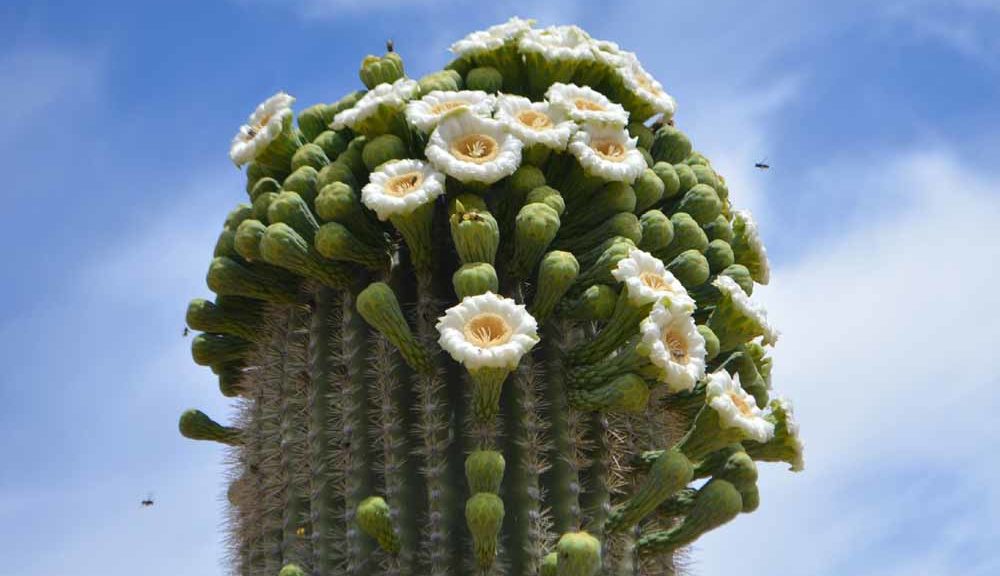 On this date in 1901, the Saguaro Cactus Bloom was named the official state flower by the Territorial Legislature.

On this date in 1904, William C. Greene, owner of Greene Consolidated Copper Company of Cananea, brought in a chauffeur from New York to drive his $18,000 car. The chauffeur, who reportedly had two impressive holes in his head due to a collision with an ice wagon, terrified locals by hitting Naco Road doing 70 mph (113 kph).

On this date in 1911, Theodore Roosevelt dedicated Roosevelt Dam.